Below are answers to questions we are commonly asked.  Click on a question to read more.  If you have any other questions, Click Here to Contact us

Why should I hire you?

Well, quite frankly, this question isn’t asked that often, but it should be. I’m sure it swirls around in each couples’ head as they sit down or talk to prospective vendors. YOU want to be SOLD that you are hiring the right person or company, and rightfully so. You should hire us because we care. We are not so big that we will contract dozens of freelance videographers to film weddings when we overbook dates, but we are not so small that we can’t provide the level of quality and sophistication that some bigger companies swear by. You will know us, and we will know you. We are constantly striving to keep up with the latest technology, and making sure each video is original to it’s owner. Every wedding is an opportunity for us to wow an audience with a ready made “Love Story.” A filmmaker couldn’t ask for anything more.

What type of equipment do you use?

The primary reason you hire a professional, rather than have uncle Joe film with his handheld camcorder, is that a pro knows what he’s doing. The second reason is the equipment used by a professional. While some consumer camcorders will produce a great picture, that’s only true if in the right hands. We use Professional grade High Definition cameras: the Panasonic HVX200 with p2 card technology and the Sony HVR-Z5U. For our cinematic shoots, we use the Canon series of DSLR cameras (5D MII, 7D, 70D). UPDATE: As of May 2014, we are actually moving into full coverage using these cameras now as well. For audio, we use Sennheiser wireless microphones, as well as Zoom portable audio devices for more difficult settings. We also use the best tripods made by Manfrotto, which provide a steady shot throughout your ceremony and reception.

What is the difference between a full edit, movie trailer, and Short Film?

A Movie Trailer is a cinematic short film set to music, using live audio clips and video of the day. It’s usually about 4-5 minutes in length, and sometimes reaching 10 minutes. (A Short Film is a bit longer, 10-20 minutes) A Full edit, is a documentation of the entire day, in real time for the most part. All of your main events are color corrected, audio enhanced, and synched up between multiple cameras, so that you can watch your entire day over again, as if it was being broadcast on television. This includes the Ceremony, Grand Entrance, Toasts, First Dance, Parents Dances, Cake Cutting, Bouquet/Garter Toss, and any other significant event that occurs during your Big Day.

What if on the day of our Wedding, things run behind and we need you to stay longer?

No problem. Our rates for extended coverage on the day of are $200/hour, per videographer.

How long will it take to get my finished video and/or photos?

On each contract we give ourselves 10 months, but in most cases you’ll have it back much sooner. During the busiest parts of the wedding season, our edit queue will get a bit long, but it will rarely stretch beyond 4-5 months. Our average return time is around 90 days. If you get a premium package or add on a “sneak peek,” you’ll get THAT edit within a week.

How do you record the audio?

For the ceremony, we will attach a wireless microphone to the groom. We will also patch in to the location’s sound system, or if that’s not possible, we will stand a handheld mic by the main speaker. Our on camera microphones also provide a backup. We are continuously recording at least 4 channels of audio, so your vows and everything said by you and the officiant is captured at a high quality. For the reception, we are also tapped into the DJ’s or location’s sound to capture all of the toasts and other important pieces of live audio. Recording audio is one of the major differences between videography and photography. It’s just as important as the images we focus on, and we treat it as such.

How much creative control will I have over my video? Do we choose the music?

Each couple will receive a Bridal survey after signing a contract. This survey will give you the opportunity to relay any ideas you have as far as how to create your wedding video. Everything from selecting music and font choices, to what parts of the day might be more important to you. With a one Videographer package, a couple may have to decide if they’d rather get more footage of cocktail hour, or of a photo session. Each wedding is different, and anything original about your wedding is always exciting to us. The better prepared we are going in, knowing what to focus on, the better. But don’t get me wrong, we will capture everything from your wedding day, it’s just a matter of where we may be able to spend more time. Also, if you have and ideas or concerns after your wedding, you can always notify us and we will make sure we edit your video accordingly. Noone wants to see the ex boyfriend of your bridesmaid showboating on the dance floor all night. If you let us know, we’ll make sure we cut him out.

How long is the finished video?

Each finished video will run anywhere from one hour to four hours. The average is generally around an hour and a half. This can be increased with longer ceremonies and reception events.

What is the difference between a Wedding Movie Trailer and a Short Film?

A Wedding Movie Trailer is a short, 4-5 minute highlight reel of your day, and mostly used with a musical background. This is normally placed on our website, and available for you to send to friends online. The short film is a much longer edit, and includes a combination of music selected by you and live audio from the actual video footage. The short film includes your vows, the grand entrance, select excerpts from the toasts, and anything else that made the day memorable.

What is a Love Story?

This is a great question, because there are two different types of Love Stories that we provide. The first is an addition to packages, and is filmed entirely BEFORE the wedding day, to be shown during your reception. The second is for certain packages where bridal prep is being covered, and both bride and groom are separately interviewed, and asked a series of questions about one another. Those interviews are worked into the first quarter of the short film included in Diamond Packages and above.

Do we get the raw footage of our wedding?

While we do offer all of your raw footage on DVD, we recommend you providing us with a hardrive, if you’d like all of your raw footage. This will allow you to have it in its raw form, without losing any quality, should you decide to want to use this in the future for any reason. In most cases though, all of the footage you want to see, will be included in the edited portion of you video. We are also not responsible for your ability to play back the footage given to you, given the variance of computer and technology, so you may have to do come conversion.

Do you give discounts?

Every now and then for a weekday wedding or off season date, we may offer a discount if you ask and we have the date open. Other than that, we price our packages at a point where you are getting maximum value out of your dollar. A lot of time and effort goes into creating each wedding film, and we take meticulous care of each client. Hours of watching footage, just to find the right piece of live audio, or the perfect shot to fit the moment, is just the beginning of a long process that culminates in the final wedding film you’ll bring home.

How will the video turn out if our reception is going to be darkly lit?

This can be a big factor in the quality of your video. While we do provide on camera lighting, and even staged lighting for some packages, a dark reception room will make it difficult to get the best possible image for your video. High Definition cameras rely on a lot of light to properly focus and display what they are recording. For a vivid, crystal clear image, a decent amount of room light will be needed.

Why invest in having a 2nd videographer?

Let’s say you were in a country you’d never been to, and only had six hours to see as much as you could. Wouldn’t two sets of eyes be better than one? Having the ability to get multiple angles with two moving cameras is a great asset when filming the vows during the ceremony, as well as getting reaction shots during the toasts being given. It allows continuous shooting of multiple things going on at the same time. Is your cocktail hour going on while you are taking pictures? Having a second camera on a tripod is good for certain things, but having a 2nd videographer behind that camera doubles the overall coverage of your event. It also greatly increases the chances that those spontaneous moments that happen often at weddings, and can easily be forgotten later, will be caught on camera.

What is required to book you for our wedding?

A signed contract with one third of the total amount due will reserve your date. As soon as we have that, you are written into our calendar.

Do you bring backup gear?

Yes, we arrive at every event with at least one back up HD camera, as well as microphone. While we have never had an event where we needed to rely on the backup, we are always prepared for the first time, if it ever comes.

Do you travel for destination weddings/events?

YES. This is one of the reasons I originally got into producing wedding videos. I have traveled all over the United States and beyond for weddings and other commercial events, and enjoy doing so. While we are located in Los Angeles year round, I do have bases set up in Baltimore, Maryland and Myrtle Beach, South Carolina. The travel costs associated with filming in those cities are minimal, whereas anywhere else there will be a travel expense added. That said, I am more often willing to provide major discounts to the right cities and/or at the right times. Filming weddings can be a great reason to take a vacation as well. (You may notice I used the word “I” a lot more than “We” in this question, and that’s because it will always be myself traveling to destination events.)

What other types of events do you film?

We have filmed everything from Bar and Bat Mitzvahs, to birthday parties, to Memorial Services, to Fashion shows and Live concerts with award winning artists. We have filmed events with the Beach Boys, Tom Jones, Macy Gray, Siedah Garrett, Bobby Brown, John Stamos, Jamie Lee Curtis and many others. We have also filmed various corporate events and seminars for companies like Time Warner Cable and FOX. We have experience filming a little bit of EVERYTHING, so we’d be happy to work out a personalized package for whatever Event you want recorded. 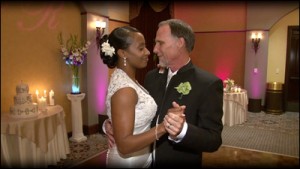 How we rate on Popular Review Sites: